LCR’s Cal Crutchlow says he “felt a snap” in his shoulder throughout Sunday’s MotoGP Teruel Grand Prix and is “fairly involved” about it.

The Briton later revealed he felt a snap in his proper shoulder six laps into the race, however is not sure what brought about it and can have an MRI scan on Monday to diagnose the difficulty.

“Sadly, on about lap six, after I was altering route from Flip 3 to Flip 4, I felt a snap in my proper shoulder,” Crutchlow instructed motogp.com.

“So, we’re fairly involved about that.”

He added: “I do not actually know for the time being [what happened], however it appears after I was pulling the handlebar I felt a very huge snap in my shoulder.

“So, I slowed down for just a few laps as a result of I had plenty of ache. Then it went away as a result of the adrenaline and I used to be battling just a little bit.

“However now after the race it’s totally, very sore. So tomorrow I am going to go for an MRI scan.” 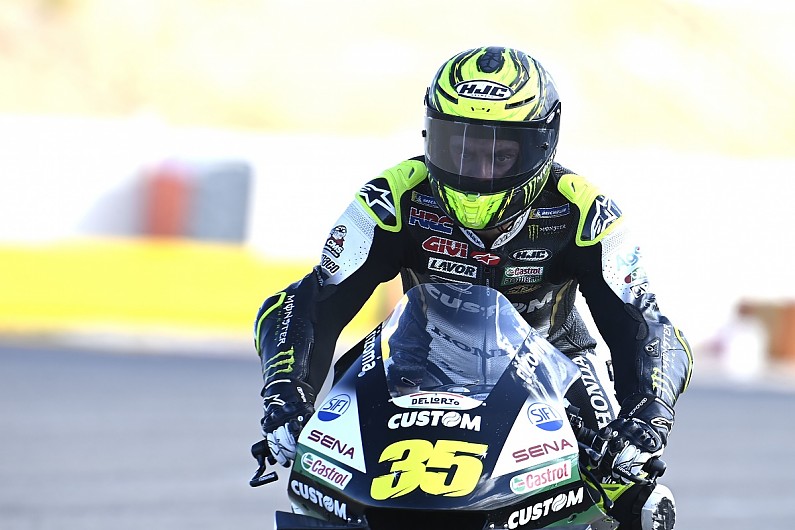 Crutchlow’s 2020 season has been dogged by harm, with a fractured wrist ruling him out of the Spanish Grand Prix, whereas issues from arm pump surgical procedure in August pressured him out of the Misano double-header.

However the LCR rider says the thriller shoulder challenge wasn’t the “drama” in his race, with Crutchlow explaining his “gamble” to run the smooth rear hindered his progress.

“In the beginning of the race I felt actually good with the smooth rear tyre,” he mentioned.

“I felt I used to be in fairly place, in battle. As quickly as the opposite guys got here previous me, it grew to become obvious that they had higher acceleration on the exit of the nook and my rear tyre was dropping quite a bit.

“I ought to have chosen the medium rear tyre, however it was at all times of venture going with the smooth.

“I felt if I acquired away with them I might be capable of battle and handle my place properly, however as we speak we by no means had the tempo and it is a disappointing outcome.”